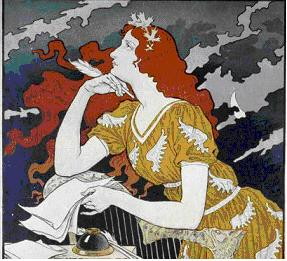 The mysterious workings of the creative mind mean that often (and I don’t think I’m alone in this) what comes to the surface when writing fiction might not be what was initially intended. Ideas or pressing issues can dissolve into nothing while the narrative picks up speed in an entirely new direction. There is something about the process that resists the interference of the rational self, and in this way what is revealed is often quite unexpected. Added to this strange phenomenon—and even more alarming—your fiction seems to say things about you that you didn’t even know, and perhaps can only faintly grasp after writing. It’s discomforting, a little like posting a selfie that unwittingly reveals all your subconscious thoughts.

Memoir—where we actively share what we know about ourselves—seems straightforward in comparison. And in a sense it is. We are picking and choosing the parts of our personal story worth relating, and we know where the story goes. There is still a sense of underbelly—a possible thread of meaning or narrative that might go undetected by the writer—but I suspect that the more aligned the writer is with the subtext, the higher the quality of the work.

I’m not so sure this is true for fiction, which seems to involve—at least in the act of writing—a surrender to the unknown. I like to begin a story with several characters of interest in a difficult or precarious situation and then just watch how things go. These characters seem fully formed, separate from me, and they do their own thing. When I write in the voice of a character I feel they are speaking through me. I am listening to their story and waiting to see where they lead. Often I have an inkling or premonition of what’s to come, but it is similar to the feeling I get when a friend tells me a story and I guess at the ending. Even my best guess could be wrong.

Stories seem to lead to particular places, and then sometimes they take a left turn. What I find most confounding about the process is how to come to terms with all of this being a representation of my inner world. Who are these characters who people my novels? Some of them might have initially been based—at least partially—on people I know, but once inside the narrative they tend to take an authority over themselves. And in any case, characters are not real people, but a collection of words on a page. Since I imagined them and then wrote down their stories, are they—in some disturbing way—all just aspects of me? And if so, what private things am I unknowingly exposing about myself?

It might seem strange that in this age of unprecedented self-exposure writing fiction could feel so risky, but it does. When I got word that my first novel Darkness on the Edge of Town was to be published I was in a car with my family driving home from Brisbane. For the first few minutes I was ecstatic, speechless and beaming, and then a sudden migraine struck and within fifteen minutes we had to pull over in the car park of a highway McDonalds for me to hunch, dry retching, over the gutter. It seemed the reality of publication was something my body wasn’t quite ready for. And, even now, those two opposing feelings seem to rock and swell in my belly. Excitement at the release of a new novel, Deeper Water, and a sickening fear of all the things I could be saying about who I am, of which I’m only half aware.

In this context it doesn’t surprise me that my girl Mema, the protagonist of Deeper Water, should be grappling so bemusedly with all the knowns and unknowns of her world—that her journey should involve an awakening to the secret things she has kept hidden, even from herself. Writing fiction involves a type of awakening, and I think sharing it is an exposure far more strange and discomforting than any other kind.